In 2009 the Foundation supported and funded research regarding the Cape mountain zebra.  Dr Halszka Hrabar of the then Nelson Mandela University, Port Elizabeth, South Africa did the research and wrote the report which was submitted in 2010 to the Chief, Branch of Permits of the U.S. Fish and Wildlife Service.

The report was to proof the successful conservation of the species in South Africa in anticipation of its further growth through sustainable utilisation.

The Foundation has supported many other research projects – the Cheetah Wildlife Research Project, blue duiker, to name but a few – together with numerous NGO’s and tertiary institutions.

We will continue to do so into the future, along with like minded nationally and internationally based associations and organisations. 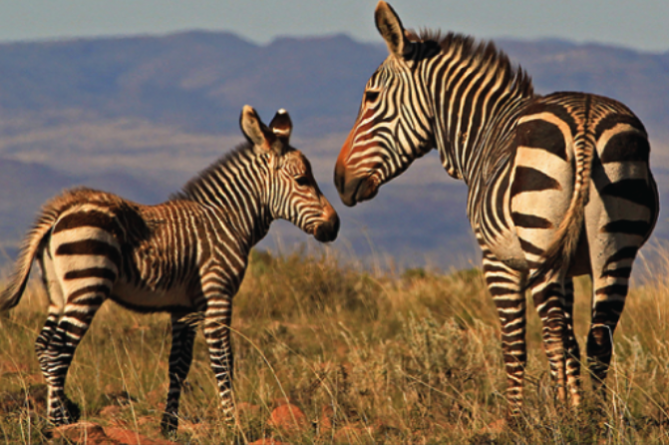 The Cape Mountain zebra, classified as Vulnerable by the IUCN Red List, is the flagship species of the Mountain Zebra National Park.

Following the announcement of a zero-leopard hunting quota early in 2016, PHASA, in conjunction with the Limpopo Hunters’ Liaison Forum, established the Conservation Research Fund in April 2016. It became evident that government based its decision on inadequate, unreliable and highly questionable data.

It transpired that the Minister of Environmental Affairs announced the zero-leopard quota on the advice of the South African National Biodiversity Institute (SANBI), which, in turn, based its non-detrimental finding on research conducted by Panthera. PHASA’s Conservation and Empowerment Fund had no concrete scientific proof to refute it.

Subsequently, the private sector decided to undertake research towards collecting reliable data on leopard numbers that could withstand critical scrutiny. The database will contribute towards the enhancement of species in the wild and ensure that our industry’s off-take is sustainable and beneficial to both the environment and the community. It is crucial that the communities experience the benefits of the wildlife industry if wildlife is to survive.

PHASA informed SANBI and the Department of Environmental Affairs that the private sector would no longer tolerate decisions that affect our livelihood and exclude us from the decision-making process. We are pleased to announce that the hunting industry is now part of the process of developing national leopard norms and standards. We also secured a commitment from SANBI to allow a scientist of our choice to represent the private sector on SANBI’s advisory board.

The study will also incorporate any information that can be substantiated regarding the effects of illegal offtake of leopards by poaching for cultural and religious ceremonies, indiscriminate poisoning, trapping and illegal shooting.

This project is to present its findings along with recommendations to the Department of Environmental Affairs, on how to mitigate the future and non-detrimental findings of the country’s leopard population.

As was proven beyond a doubt at the 2019 Cop18 CITIES meeting in Genève, many of our species would cease to exist without research and sustainable utilisation, as we know it.

The Foundation signed a MOU in 2019 with Rhino Connect NPO and Singatha Conservation Research Fund. The research is already underway and the first 40 trail cameras have been bought. They are currently being used in the Limpopo province on the first 13 000ha block. Research is already being conducted in two other blocks, as well, and this data will be shared with us.

We also have representation on the Scientific Steering Committee for Leopard Monitoring at SANBI through Dusty Joubert.

Donation to South African National Biodiversity Institute (SANBI):
One hundred thousand rand was donated to SANBI to assist them with their leopard-monitoring project in the North West province, where funds were limited due to budget cuts.